So extra ordinary that this year Rare Disease Day lands on a Leap Day!  Two special days to be celebrated.
To learn more about Rare Disease Day and Hayden's rare genetic condition please go to
http://www.ifopa.org/en/news-and-events/latest-news1/331-rare-disease-day-2-29-12.html 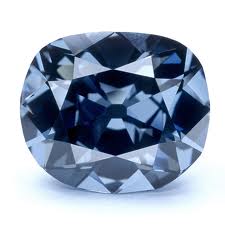 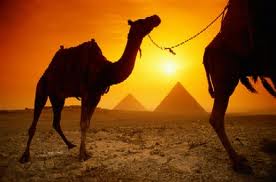 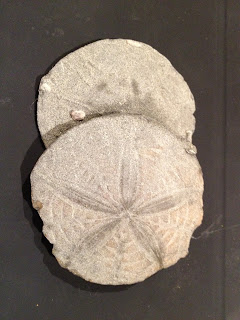 Competition to cross the so-called Valley of Death has become rather stiff at the National Institutes of Health (NIH).
Since 2009, the NIH's Therapeutics for Rare and Neglected Diseases (TRND) program has solicited proposals from scientists and pharmaceutical companies trying to navigate that dead zone between discovering promising compounds and getting them into human clinical trials. To date, TRND has received 125 applications for nonmonetary assistance; 10 have gotten the green light.

“What this reflects is the really substantial need for novel therapeutics for rare and neglected diseases but also enormous opportunities because we’ve seen a lot of really good science,” said Christopher Austin, MD, scientific director of the NIH Center for Translational Therapeutics, which oversees TRND.
Rather than award grant money directly, the congressionally mandated TRND program partners with chosen applicants to determine the steps and studies needed to submit compounds to the US Food and Drug Administration (FDA) for investigational new drug approval. “We combine our money with our know-how,” said Austin. “We pay [contractors] for the studies or we do them ourselves.” In the world of drug development, TRND has a molecular-level budget: $24 million.
The most recent round of project approvals, announced late last year, will aid in developing new treatments for fibrodysplasia ossificans progressiva (FOP), a connective tissue disorder; autoimmune pulmonary alveolar proteinosis, which causes breathing problems and can lead to respiratory failure; creatinine transporter deficiency, a cognitive function disorder; schistosomiasis, a parasitic infection; neonatal herpes simplex virus; and Duchenne muscular dystrophy.
“We really tried to choose projects with the greatest medical need and the greatest scientific opportunity,” said Austin.
One that meets both objectives is a project to develop better treatment for schistosomiasis, a neglected tropical disease that affects more than 200 million people worldwide at any given time. Infection with Schistosoma worms can cause severe anemia, diarrhea, internal bleeding, and organ damage. Treatment with repeated large doses of the antihelmintic praziquantel is effective. But reinfections are common because the worms swim freely in water used for bathing and swimming in developing regions. “You can't treat everyone; there's not enough drug,” Austin said.
So TRND resources are going to 5-year-old Concert Pharmaceuticals Inc of Lexington, Mass, to develop a new drug similar to praziquantel but with a key difference in chemical composition: the drug's hydrogen atoms are replaced with atoms of deuterium, a hydrogen isotope.
“We observed preclinically that deuterium appears to stabilize the compound metabolically, so we would hope to be able to give lower doses,” said Roger Tung, PhD, Concert's chief executive officer and cofounder.
Concert has developed what it calls a deuterated chemical entity platform. It's based on the principle that drug metabolism in the body involves breaking carbon-hydrogen bonds. Compared with hydrogen, deuterium forms a stronger bond with carbon. This stronger carbon-deuterium bond results in drugs that are metabolized more slowly, raising the possibility of smaller doses and fewer adverse effects. Some of the company's compounds to treat chronic kidney disease and HIV infection that are built on this platform are in phase 1 clinical trials.
“There are other diseases for which this approach might be relevant,” said Austin.
Unlike schistosomiasis, which affects hundreds of millions of people, FOP affects only 3000. The genetic disease in children causes soft tissue to harden into bone. Over time, joints become locked, and the chest becomes encased in bone, restricting the lungs. “It's an awful disease,” said Kenneth Bloch, MD, professor and chair of medicine at Harvard Medical School in Boston and lead investigator of the TRND-supported project seeking treatment for FOP. Currently, no treatment is available.
Bloch and his colleagues have developed a mouse model of FOP and shown that a small-molecule inhibitor of the bone morphogenetic protein type I receptor may reduce abnormal bone formation. TRND will support further medicinal chemistry studies to optimize the small molecule. Bloch said he and his colleagues talked for several years with pharmaceutical companies and venture capitalists about funding for additional research but came up empty.
“In a way, TRND is behaving like a pharmaceutical company by providing a novel form of support,” said Bloch. “We have lots more safety work to do . . . but we're thinking about clinical trials.”
Even though it may take several years to complete all the steps needed to submit a new drug application to the FDA, Bloch said the FOP research has broad applications in other conditions with bone abnormalities. For example, some patients who undergo hip surgery develop abnormal bone growth that interferes with hip function.
“What we learn in this rare population really can be extended,” he said.http://jama.ama-assn.org/content/307/6/549.full
Posted by Megan Olsen at 1:45 PM 2 comments: